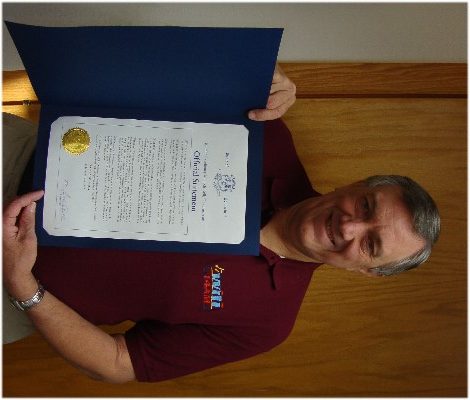 WHEREAS, Wayne Norman, host of the Wayne Norman Show — the longest running morning show in Connecticut — is celebrating his 40th year on the air today; and

WHEREAS, Wayne began his career with WILI in August of 1970 and moved to mornings as the “temporary” host where he wowed the station, which has kept him there ever since; and

WHEREAS, as an undergraduate at the University of Connecticut, Wayne found his calling behind a microphone at UConn’s WHUS, before moving to WADS in Ansonia and finally successfully settling at WILI; and

WHEREAS, Wayne’s love of sports and mastery of his craft has garnered him the spot of color analyst for UConn’s football and basketball teams where he has broadcast over 1,000 games; he has also broadcast numerous high school football, baseball and basketball games, as well as Eastern Connecticut State University baseball and, in 2003, teamed up with WILI’s own John Tuite to broadcast play-by-play of a Boston Red Sox game at Fenway; and

WHEREAS, Wayne has complemented his distinguished career in radio with other great accomplishments, such as the release of his book, “Hoop Tales: UConn Huskies Men’s Basketball,” his visits to Mount Washington, the home of the “world’s worst weather”; his trips to 44 states and 22 countries; and his legendary status as Romantic Willimantic’s first Cupid in 1982; and of course, his legendary status as being the man who put the “boom” in Willimantic’s Boombox Parade, and

WHEREAS, in all seriousness, Wayne Norman truly emulates what it means to be a successful radio broadcaster and when residents of our great state “Wake up with Wayne” every morning on WILI, they will be entertained, educated and amused by a true Connecticut treasure; now

THEREFORE I, M. Jodi Rell, Governor, in recognition of Wayne Norman’s 40 fantastic years with WILI AM, do hereby officially proclaim August 25, 2010, as

in the State of Connecticut.