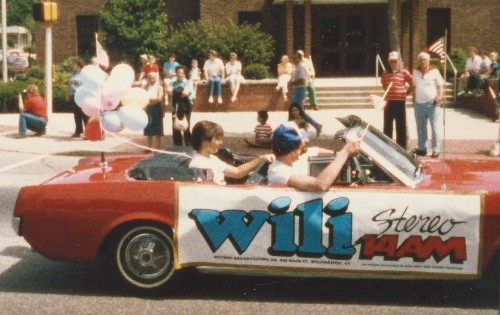 WILI’S morning man since 1971, Wayne Norman is the Grand Marshal of the annual WILI July 4th Boom Box Parade.  In 1991 he started a tradition of wacky outfits and modes of travel to start the parade.  Here are some of his costumes: 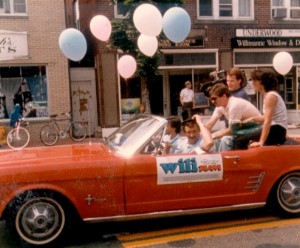 In the second parade in 1987, Wayne drove that snazzy Mustang convertible.  Mid-day man Ken Carson rode shotgun.  That’s a camera crew from WFSB-Channel 3 in Hartford in the back seat.